Leading Auckland employers have been recognised for their commitment to employing and developing Auckland youth at the inaugural ‘Young at Heart’ Youth Employer Pledge Awards.

The awards, which were presented recently at Crowne Plaza Hotel in central Auckland, recognise the efforts of businesses that have signed Youth Employer Pledges, making the commitment to employ Auckland’s young talent to grow their future workforce and business.

Rainbow’s End was named as Auckland Youth Employer of the Year, with its youth friendly approach to recruitment, track record of employing young people and successful training and development programmes helping secure the top award. 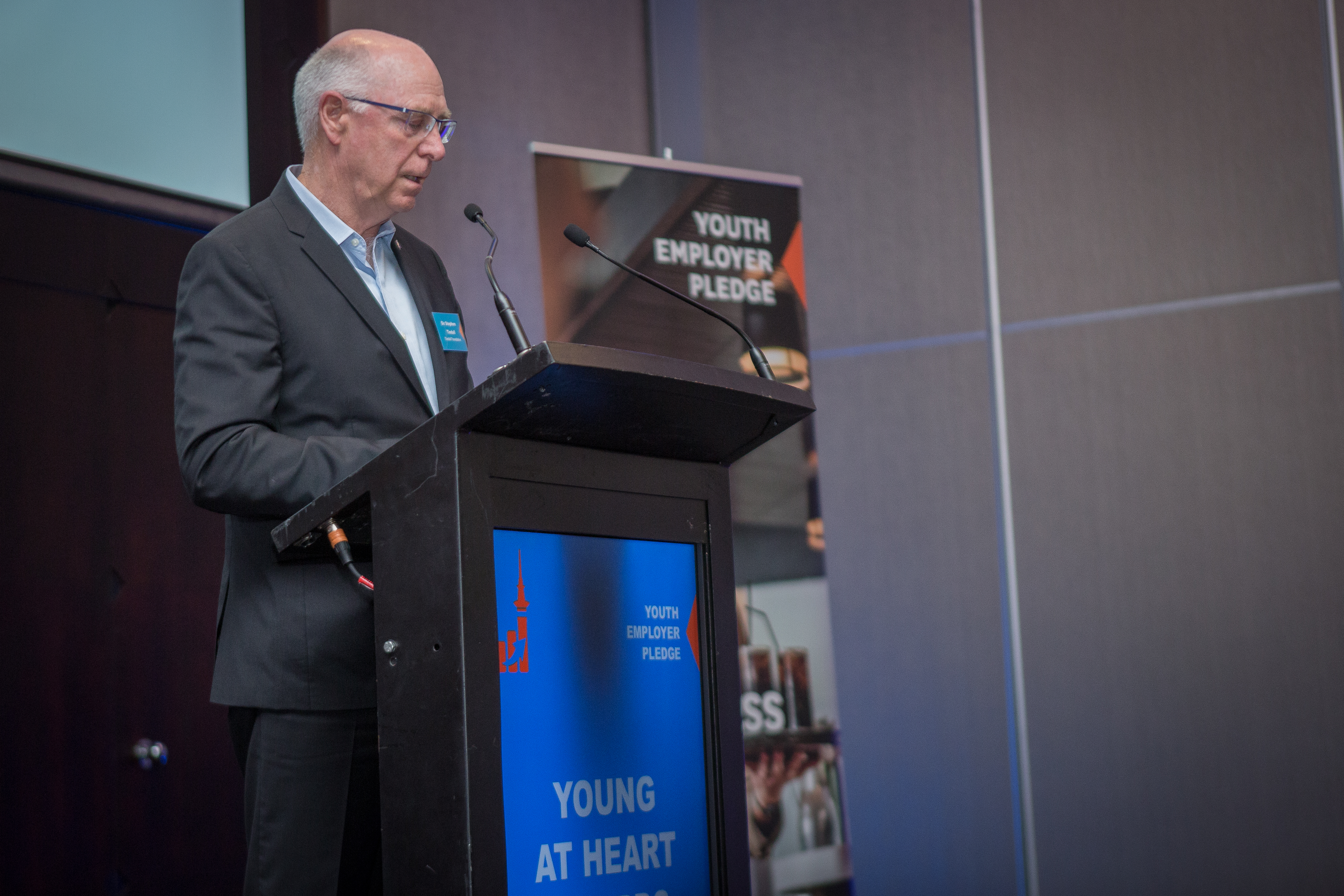 Leanne Laloli, Team Development Manager at Rainbow’s End, says her organisation is thrilled to be recognised for taking part in what she describes as “a great initiative.”

“We are particularly proud of our training and development programmes which reinforce the value we place on the personal and professional growth of our young employees.

“We recognise that for the majority of youth we employ, working at Rainbow’s End will most likely be their first working experience and therefore it is necessary for us to spend time to develop workplace skills, knowledge and behaviours that will allow them to be successful in the workplace.”

Stephen Tindall, Co-founder of The Tindall Foundation has been committed to the Youth Employment Pledge Promgramme. He was key note speaker at the event and presented the awards.

The Youth Employer Pledge is delivered by Auckland Tourism, Events & Economic Development (ATEED) as part of the Auckland Council Youth Connections programme, and is generously supported by The Tindall Foundation. The pledge is a key initiative in Auckland’s Youth Employment Plan, which exists to get more of Auckland’s young talent into work and career pathways.

An example of a successful initiative associated with the Youth Employment Pledge is the bi-annual JobFest youth employment events held across Auckland. The two 2015 JobFEST events held in Manukau and Albany delivered 270 jobs and gave approximately 1,000 young people a chance of employment.

“Getting Auckland’s youthful talent into entry-level roles with career prospects is important to help fuel this growth, and the businesses acknowledged at the Young at Heart awards are doing just that. We look forward to many more businesses signing up to the Youth Employer Pledge in 2016.”

“Congratulations to all the award winners, and to all the businesses that have shown their commitment to Auckland’s youthful talent.”