Some of New Zealand’s best reggae artists are joining forces to help fight child abuse as part of a music special that will be screened on Maori Television this Friday (June 21) at 9.30pm.

The track will be showcased on Aotearoa Reggae All Stars, a Matariki music special that will screen on Maori Television at 9.30pm on Friday, June 21 – the same day the Sensitive to a Smile remake will be released on iTunes.

All proceeds from the single will go to Mana Ririki. Established in 2008 after the tragic death of Nia Glassie, the organisation advocates for Maori children and for the elimination of Maori child abuse. It is committed to developing programmes and communications that promote positive, violence-free parenting in Maori whanau and has taken responsibility for tackling one of New Zealand’s most significant social problems: Maori child abuse.

The Aotearoa Reggae All Stars project is the brainchild of Rio Panapa (Sons of Zion) and Avina Kelekolio (Tomorrow People), who wanted to highlight the issues around child abuse and bring their fellow reggae artists together to raise awareness.

Rio says the response has been amazing: “Everyone we approached has wanted to get on board and support the kaupapa.

“Times have changed where things that used to be tapu to talk about are gaining more awareness in society, and that is what we hope to achieve with this record – to raise awareness about violence towards children.”

Avina says he hopes the project will get through to all New Zealanders.  “A lot of child abuse affects our people, Maori and Pasifika – and they are the biggest reggae fans so we thought we could try to make a positive change through our music.”

“It is our vision that within two generations Maori child abuse will be eliminated so that Maori children can enjoy a family life that is free from violence.

“We want to reach young Maori parents with our violence-free messages,” he says. “Aotearoa Reggae All Stars will take us into a new sphere of communications – popular music. And they will touch many Maori whanau with a message of hope.”

The Sensitive to a Smile remake will be available on iTunes on the Friday, June 21. All proceeds go to Mana Ririki.

The Tindall Foundation is proud to support Mana Ririki with a donation of $210,000 over three years to help with communications, evaluation and training childcare providers in the parenting programme. This donation fits in to our strategy and priority to support  families and social services. We congratulate the organisaion on the fantastic work they do to give children a voice and highlight the importance of protecting tamariki and reminding everyone how special they are. 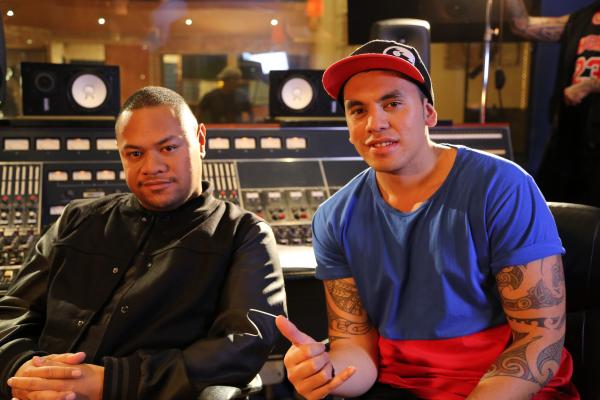