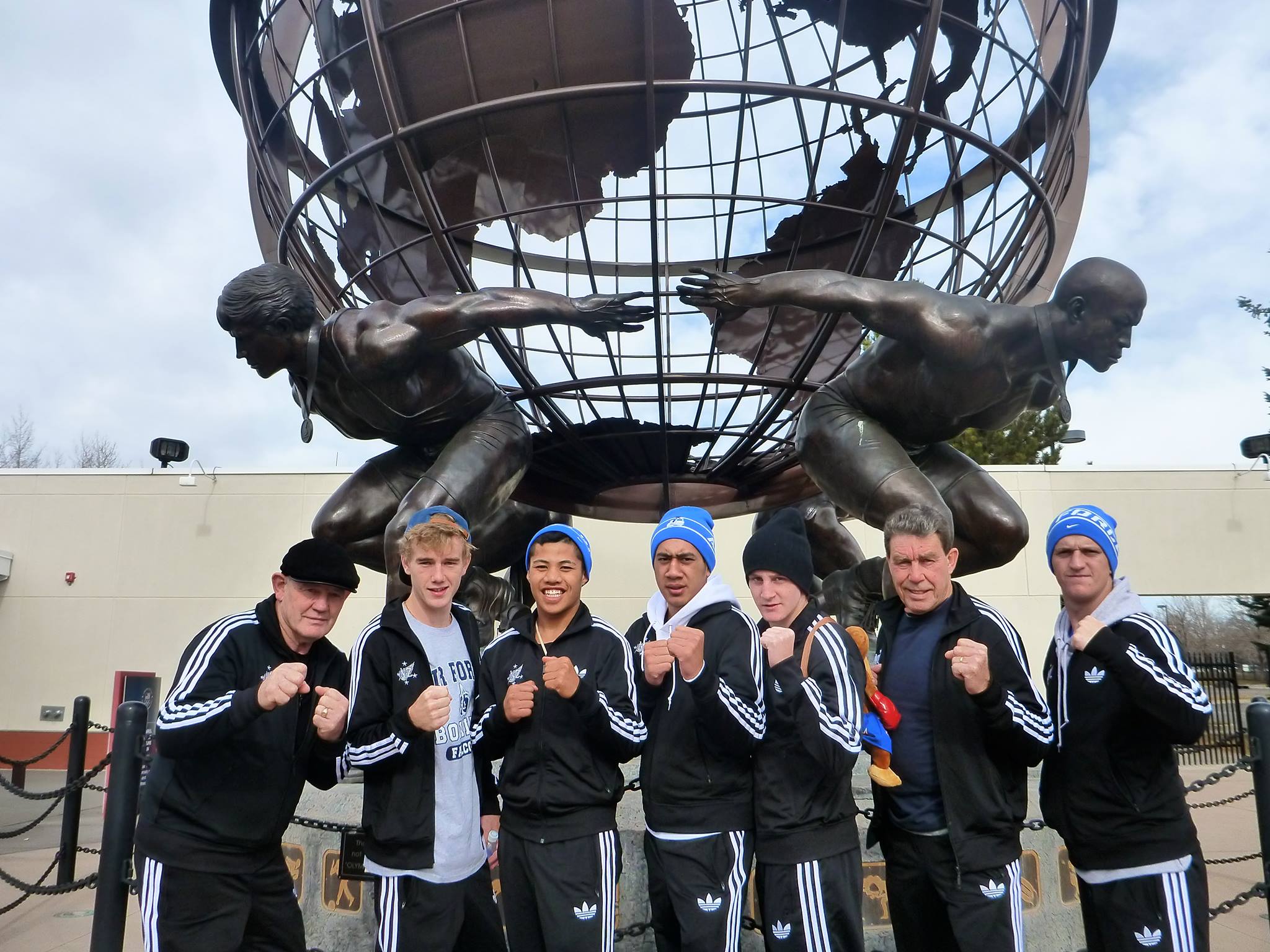 Billy Graham and five young men from the Naenae Boxing Academy set off on a life changing trip to USA last month. Not only did they train alongside cadets at the US Air Force Academy, they learned what it takes to become champion men, fathers and role models.

The boys, who were chosen for their leadership potential, had the time of their lives. For most of them it was their first time on a plane and the first time to see snow. They trained at US Air Force Academy, toured the Olympic Training Village, visited the Muhammad Ali Centre and went to longtime boxing manager and promoter Buddy LaRosa’s new dream boxing academy.

The five boys learned exercises and new training methods that they have now brought back to New Zealand. Billy recalls his pride at watching the boys train at the Air Force Academy.

“The training was amazing. The boys really stepped up. They did a fantastic job and I was proud of them. These kids are not necessarily the best boxers in the world, but they are potential leaders and they have shown this while on the trip.”

Billy’s son David was with him on the trip. He says this about the training at the Air Force Academy and the valuable things they learned.

“Jetlag is an awful thing, even more so when you are training at 7,500 feet against Air Force cadets who live and train in this environment. Very quickly we understood the value of training at altitude and the effects on our bodies.

“It was beneficial to see how other athletes train and learn new methods. We were given the opportunity to share some of our own training techniques and laid down a few challenges which were readily accepted by the cadets. Competiveness always the name of the game.

“One of my personal highlights was testing ourselves in the athletes’ lab. We took part in several tests – speed, accuracy, timing, and probably the most beneficial, body mass index. It was an excellent way to find out where our bodies were at and more importantly where they needed to be in order to compete at our peak ability.”

According to Billy, the visit to the police department in Cincinnati was a stand-out experience for the boys.

“It was -25 degrees and the boys had never felt cold like it. One of the police dog handlers talked about the important things in life. He said ‘blood is everything. Family is everything. You are known by the men you knock around with.’ The boys were really taken by him. They were silent. What he said really resonated with them.

“We’ve taught the boys to stand straight, walk straight and look people in the eye and this is what they did. This is about life skills and a life style. We want our boys to go as far as they can with boxing, become a coach and help other kids.”

The Muhammad Ali museum and cultural center in Louisville, Kentucky was an outstanding memory. The centre is dedicated to the life of Ali and demonstrates his ideals to promote respect, hope, and understanding, and to inspire adults and children everywhere to be as great as they can be.

Says Billy: “I think the guys came away thinking that they can be champions, but not just in boxing, they understand that it’s about being a champion person, a good dad and a strong role model that counts.

“The trip was such an education for the boys. They went skiing for the first time. They had amazing balance, which shows what natural athletes they are. There were fun trips to basketball and ice hockey games, snowboarding and winter-joy activities.”

Billy and his boys would like to thank all those who made the trip possible including Vodafone NZ, W Fullerton Ltd, Hawridge Developments Ltd, Eliot Falconer – Harcourts, and their USA hosts; Ed & Sheri Weichers and the air force personnel and Mike & Debbie Gardner along with the Cincinnati police. 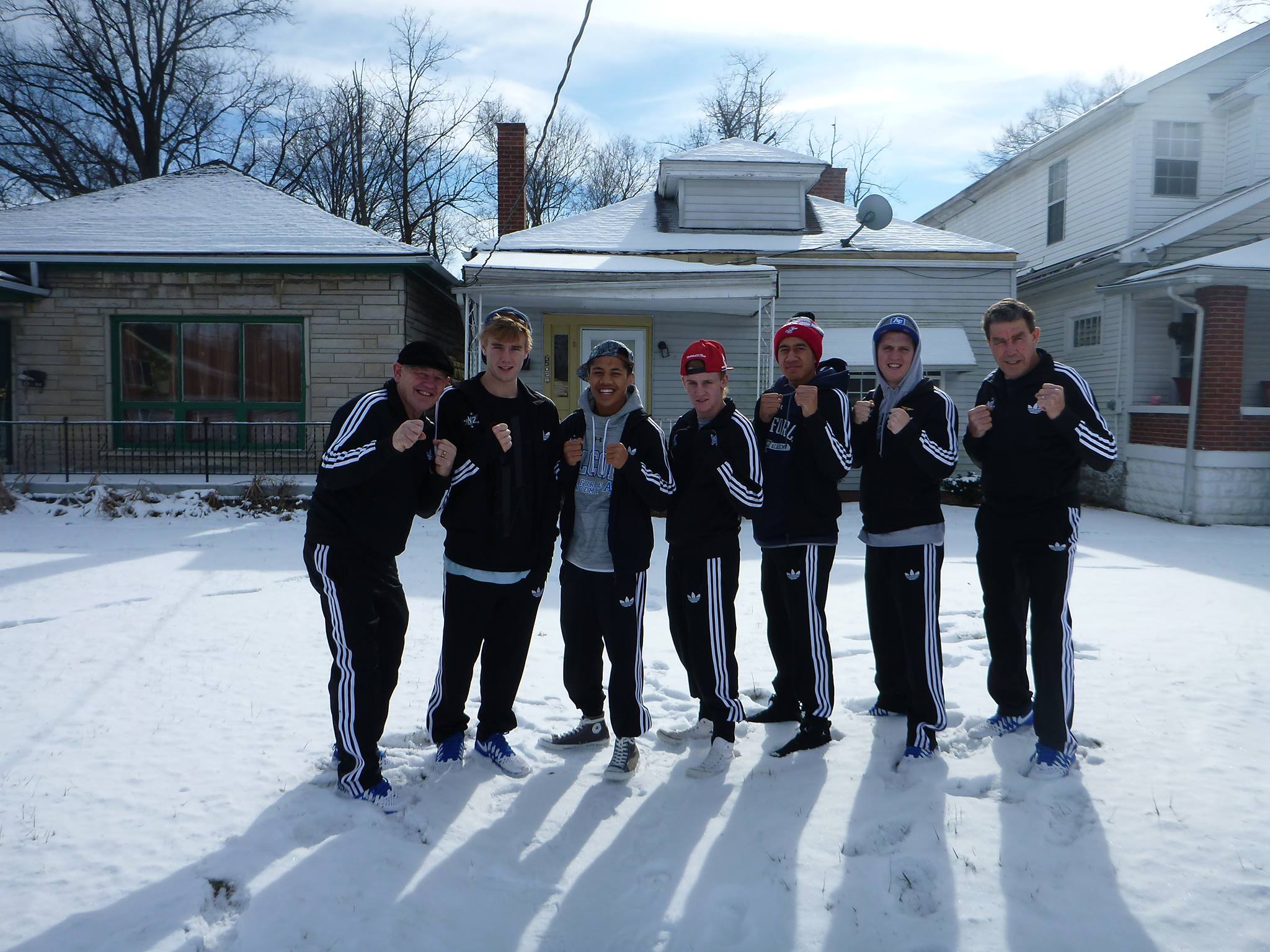