Last month members of The Tindall Foundation team and Trustees Robbie and Stephen Tindall attended the official opening of the Puhoi section of the Te Araroa Cape Reinga-to-Bluff Walking Trail.

Stephen spoke on behalf of The Foundation and helped cut the ribbon with a local 6-year-old LilyRose Beagle-Steel, before we all set off to walk the 5km track that starts at a swing bridge across the Puhoi River and continues through pine forest and regenerating native forest to join the existing track at Puhoi Village. The Tindall Foundation has contributed $300,000 towards the project, which has taken the past three and a half years to complete. Young kauri trees line the route and glimpses of the Puhoi Valley can be seen below.

Kate Tindall took part in the walk. This is what she had to say: “The track is great walk for all ages and is a fun family thing to do together. There are some difficult parts which make you work up a sweat, but generally it is a pretty gentle walk. We really enjoyed ourselves and it was great to finish off at the historic Puhoi Pub for refreshments and a rest!”

Te Araroa – New Zealand’s Trail – is a continuous 3,000 km walking track from Cape Reinga in the North of New Zealand to Bluff in the South taking in spectacular New Zealand landscapes from beaches to volcanoes to forests to cities. The trail was officially opened December 3rd, 2011 by the Governor-General of New Zealand, Sir Jerry Mateparae and has been added to over the past three years. 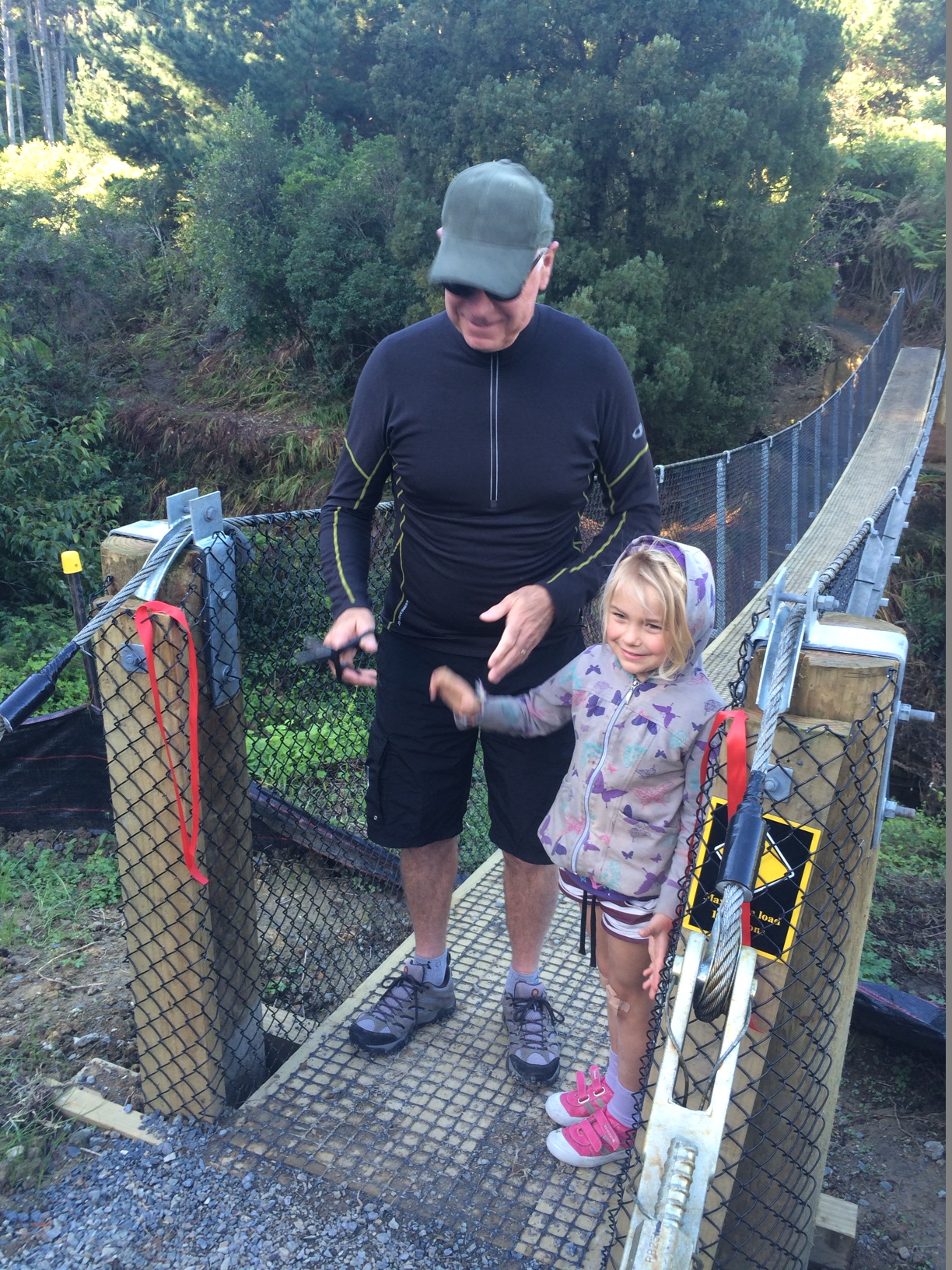