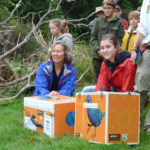 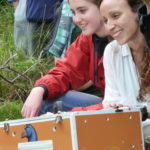 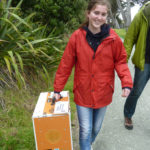 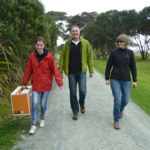 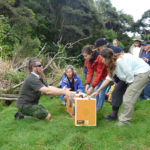 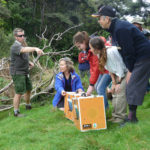 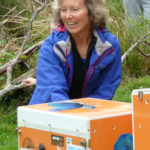 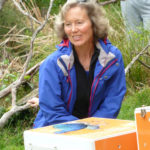 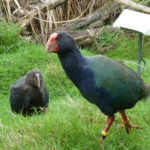 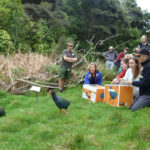 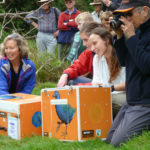 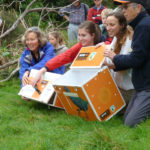 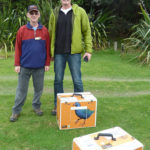 Last month The Tindall Foundation manager John McCarthy and his family were among 40 people who had the privilege watching of as three Takahē were released in to their new home at Tāwharanui Open Sanctuary.

The endangered birds’ were relocated from Tiritiri Matangi Island to the mainland at Tāwharanui, north or Auckland, on Sunday 30 August much to the excitement of the group. The three new males were a welcome addition to the Tāwharanui population bringing the number of Takahē to seven females and six males.

Tāwharanui Regional Park is New Zealand’s first open sanctuary integrating conservation, recreation and farming. The environment at Tāwharanui is a mix of forest and open pasture habitat and is perfect for the establishment of a breeding Takahē population.

Matt Maitland Senior Ranger at Open Sanctuaries said that both Pukekohe and Mohio, very calmly and slowly strolled out of the boxes, across the grass clearing and out of view. “Their time living on Tiri has exposed them to many people around the lighthouse, so they were very confident around humans.”

The bird’s nine year old father, Te Mingi, was released alone at another spot at Tāwharanui at the head of the Mangatawhiri Wetland. He replaced another Takahē named Minaret who sadly died earlier this year from a bacterial infection.

John McCarthy said it was a ‘very uplifting and moving experience’ for him, his wife Kathy and daughter Moya. “Moya and I got the privilege of carrying the young Takahē named Pukehoke in its box until we got to the bush behind Anchor Bay where the birds were released. They were such characters. They strutted out of their boxes and stopped and posed and looked around, took a few more steps and stopped to pose again before they set off in to the bush.

“The Tindall Foundation was proud to support TOSSI – The Tawharanui Open Sanctuary Society – the community organisation assisting with the reintroduction of native species to the sanctuary and monitoring their survival and breeding,” said John.

Ngaire Wallen from TOSSI confirmed that the birds have been monitored every day since their release. “With each new introduction of Takahē, monitoring is stepped up until we are assured the birds have settled in and are eating and behaving normally.  Current monitoring is every two days.”

The South Island Takahē (prophyria hochstetteri) was thought to be extinct, until a population was found in 1948, in the remote tussock grasslands of the Murchison Mountains, Fiordland. Despite significant conservation efforts since then, these flightless birds remain critically endangered.

Takahē from extinction. The current adult population is estimated at 277 birds, 13 of which are now living at Tawharanui – thanks to the great work done by TOSSI.

If you want to know more about how you can support TOSSI with their important work visit www.tossi.org.nz. You can sponsor a bird, buy a fence post or make a donation.