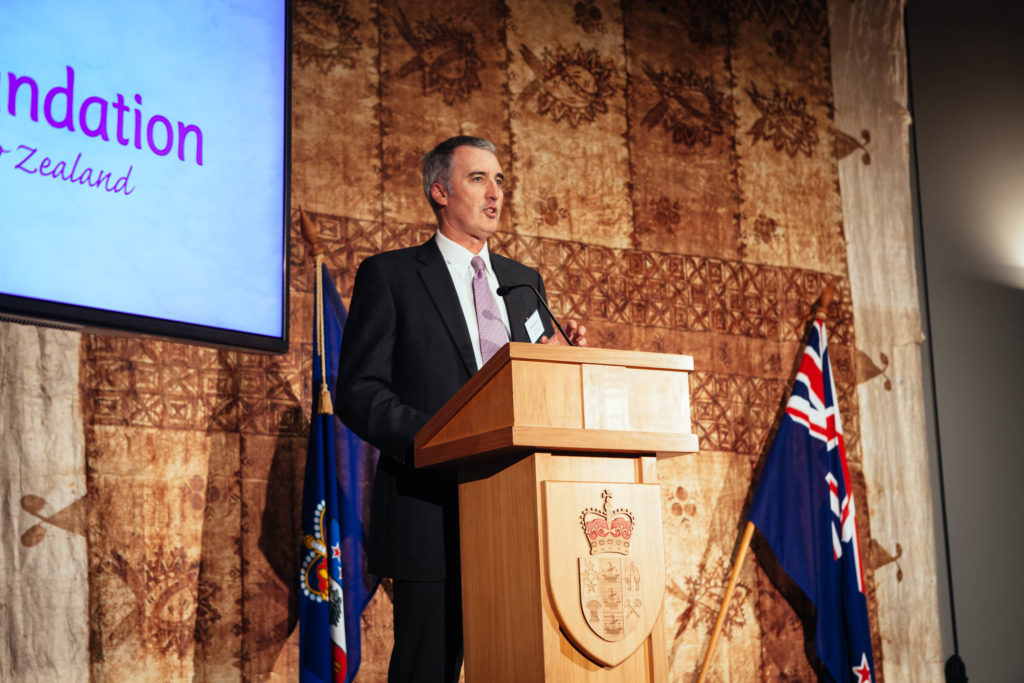 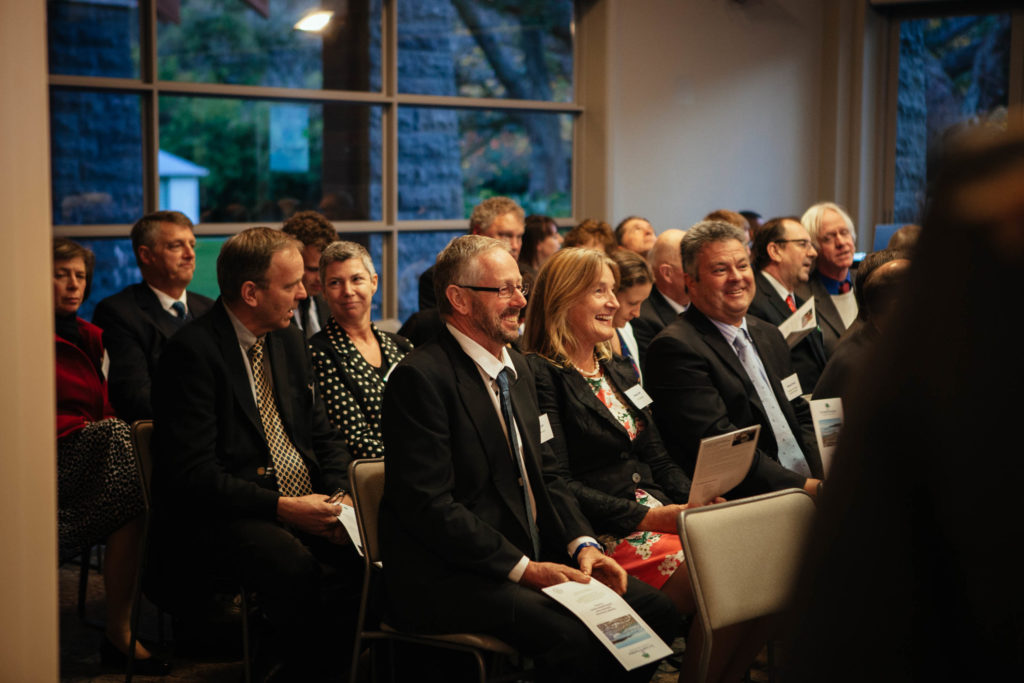 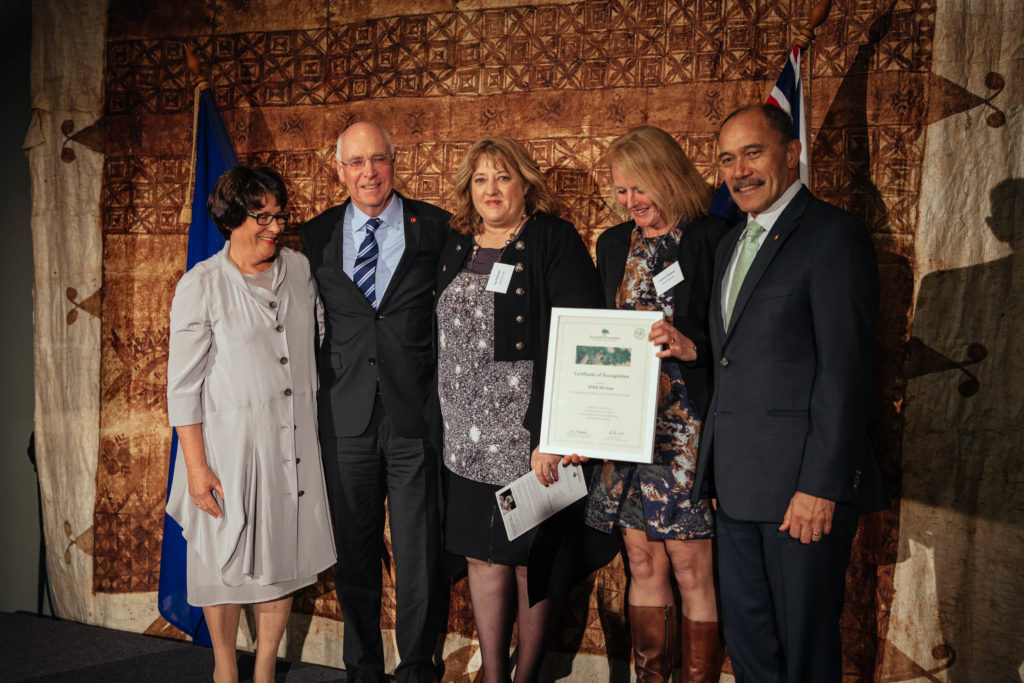 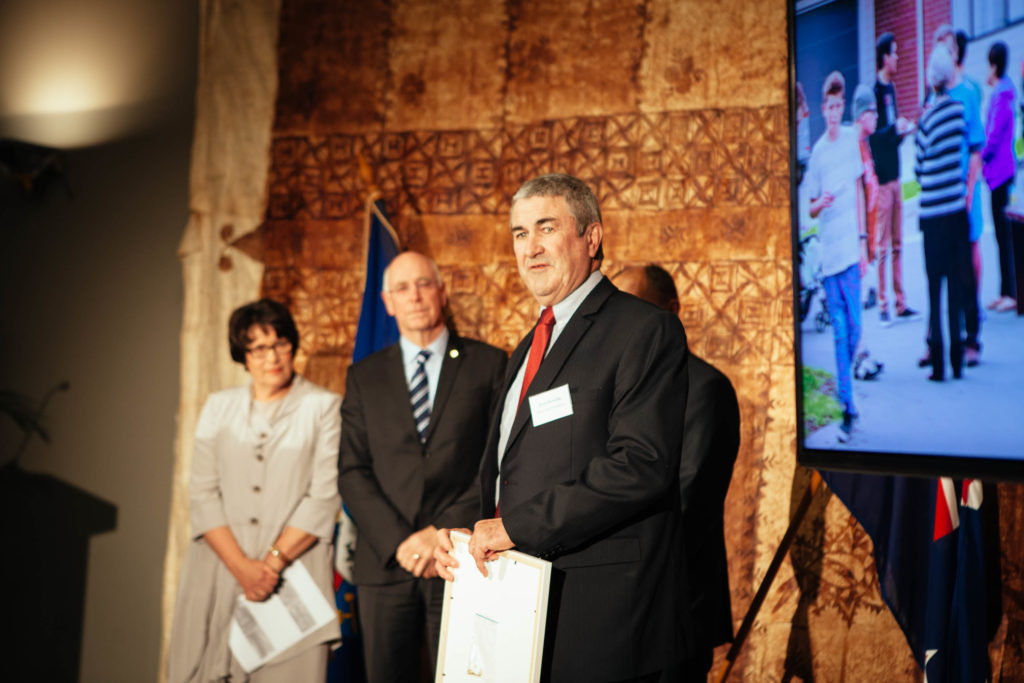 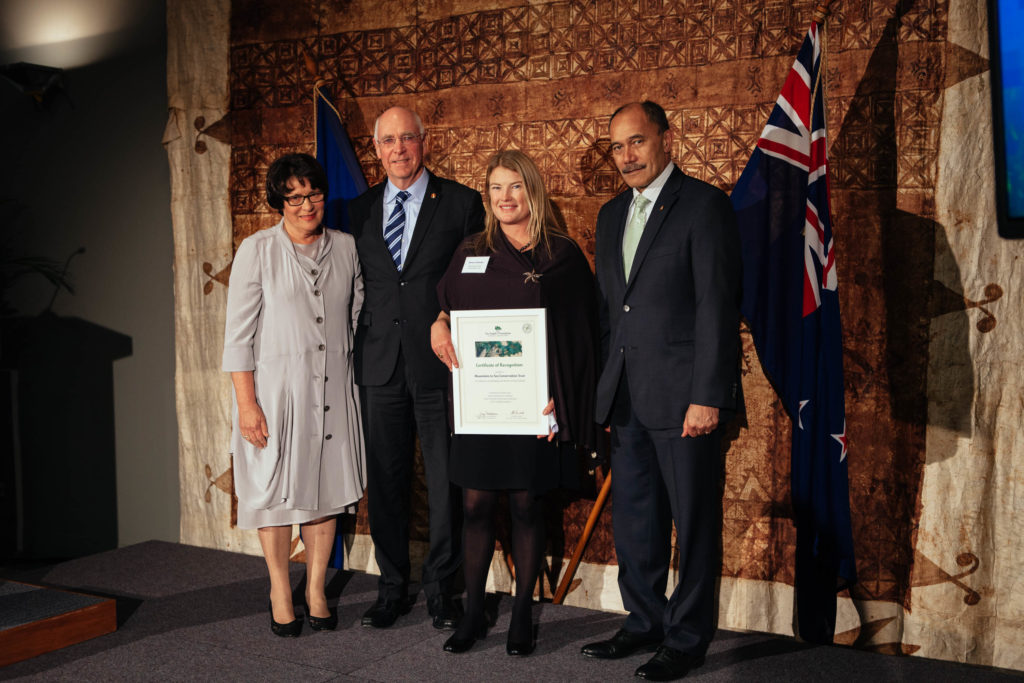 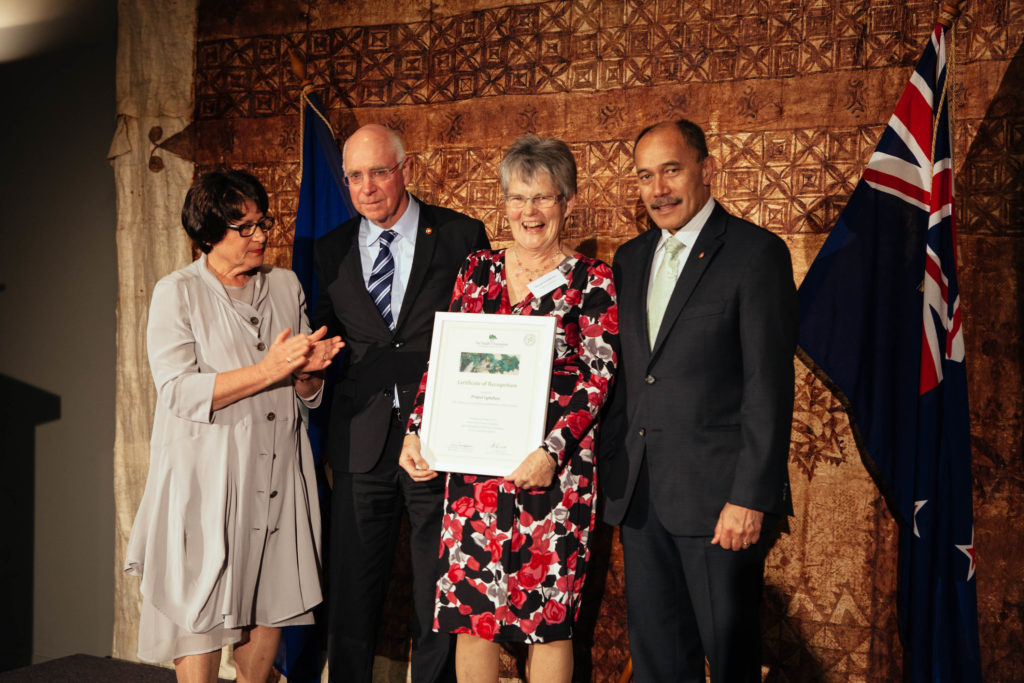 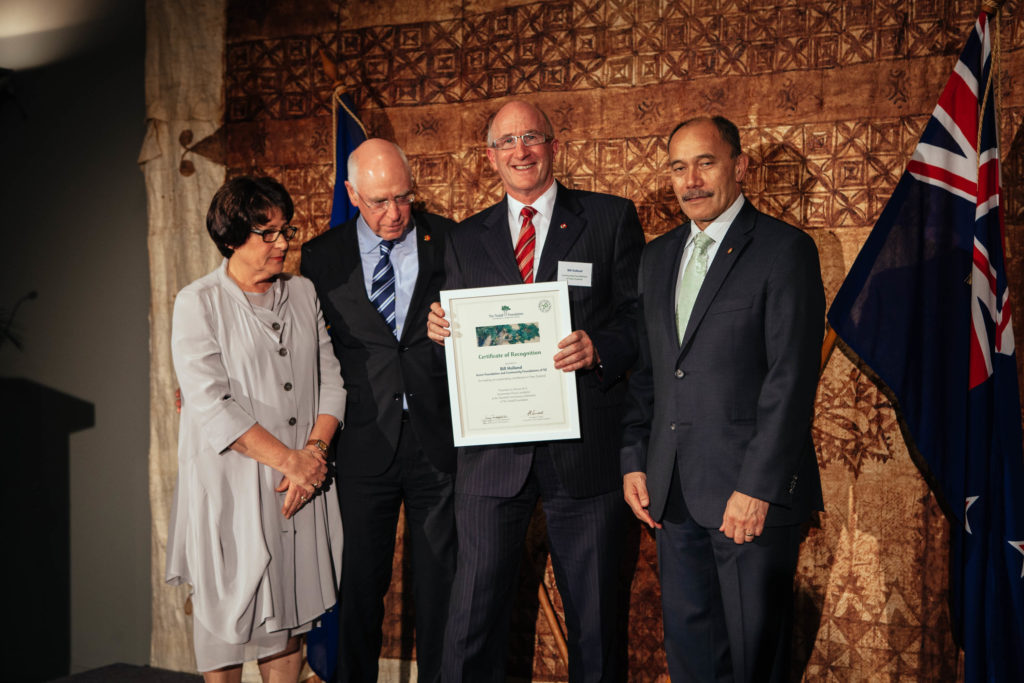 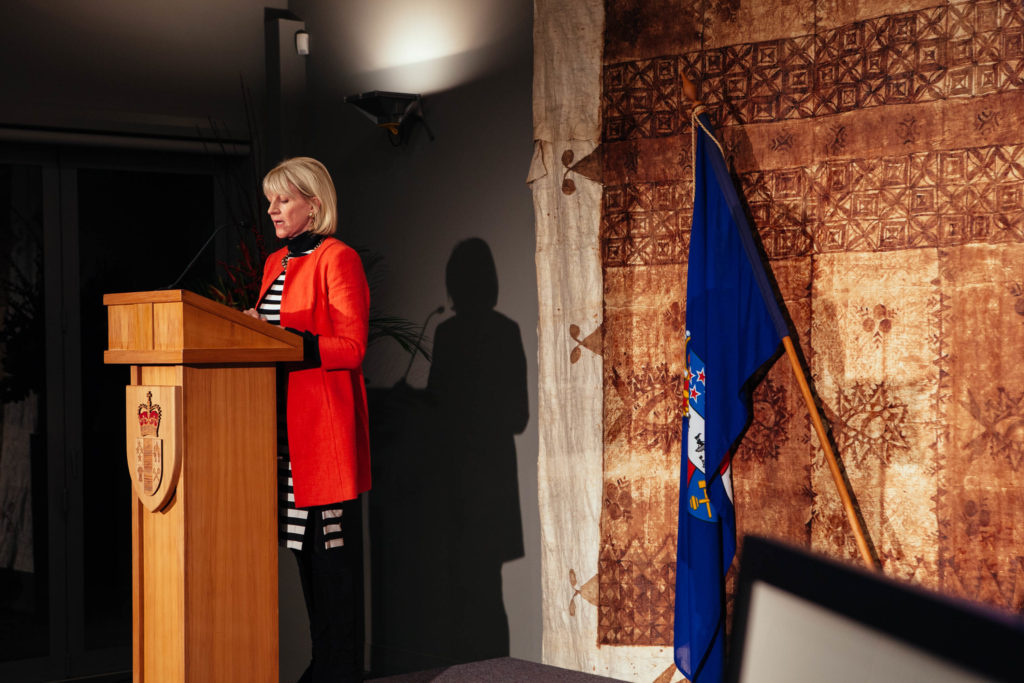 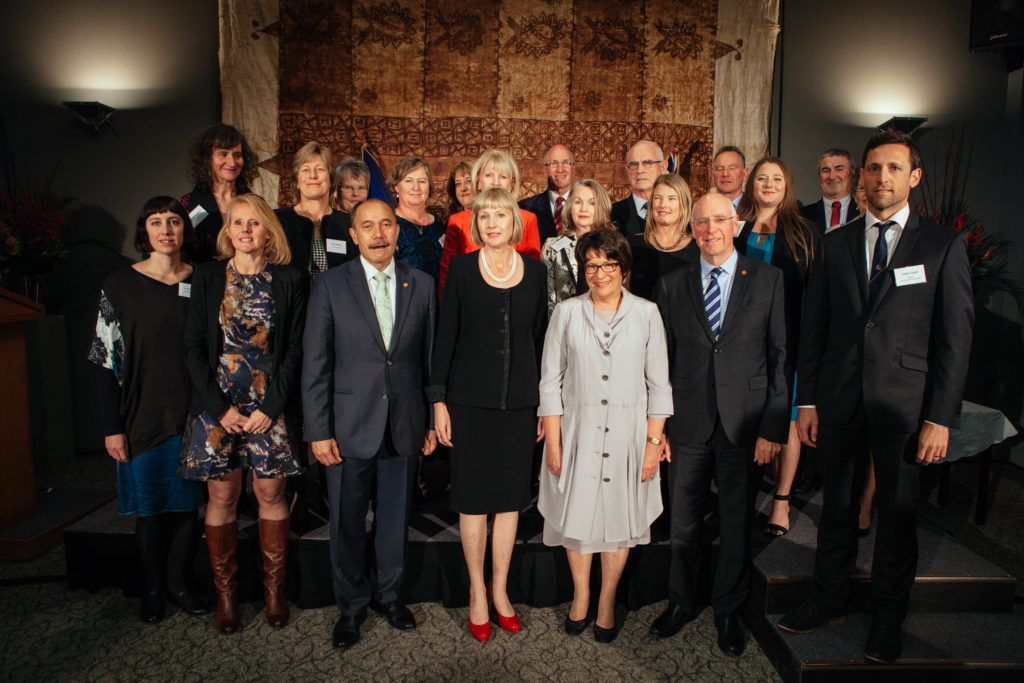 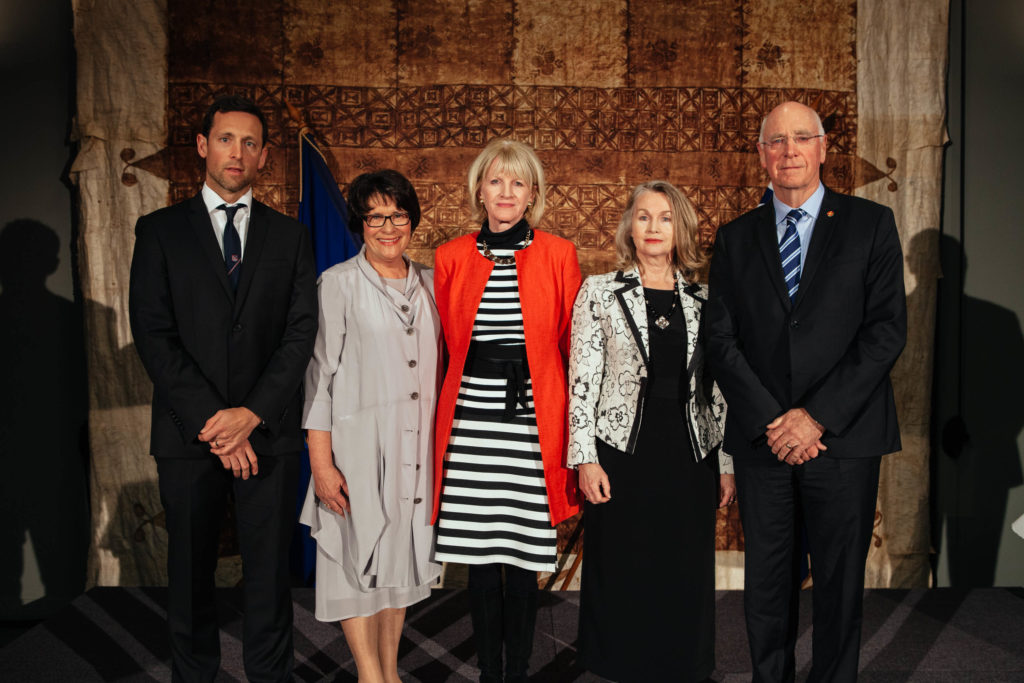 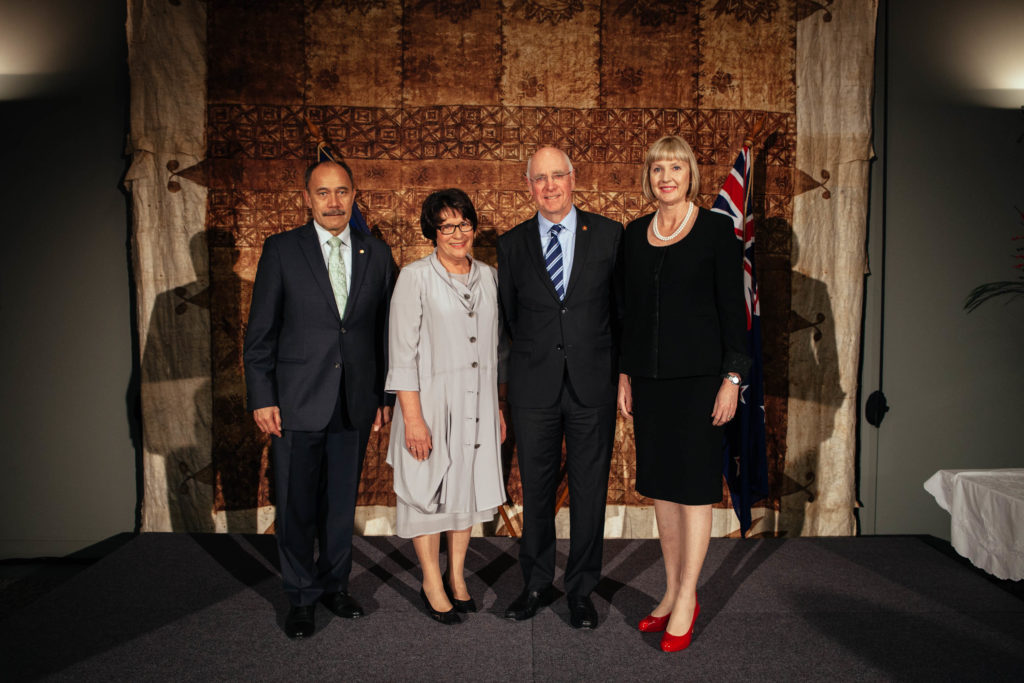 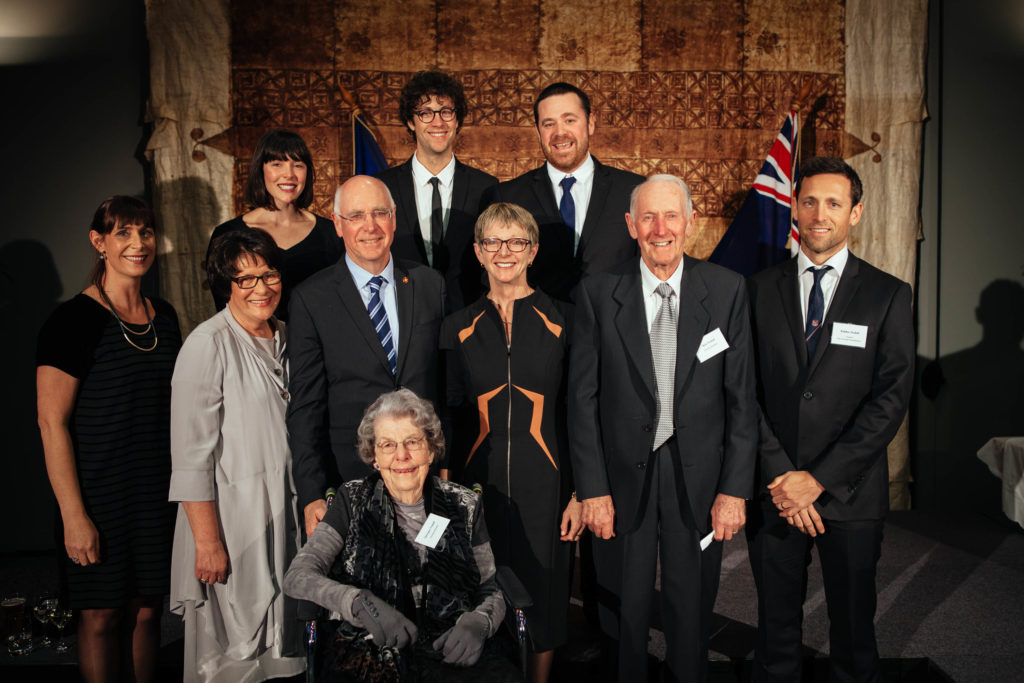 Community and environmental organisations from across the country were honoured for their outstanding contribution to New Zealand at an event at Government House in Auckland last week. They were presented with special recognition awards by Lt Gen The Rt Hon Sir Jerry Mateparae, the Governor-General of New Zealand.

The event marked The Tindall Foundation’s 20 years of giving to charitable organisations throughout New Zealand in order to help build a stronger country for generations of Kiwis to come.

The five organisations acknowledged for their outstanding work for the good of the community and environment were: The New Zealand Housing Foundation; Project Lyttelton; Mountains to Sea Conservation Trust; SPACE NZ Trust and Bill Holland – a founder of Acorn Foundation.

Whether it was helping low income families realise a dream of owning their own home, or encouraging school children to take action to conserve and protect our marine ecosystems, all five organisations were praised for the significant difference they have made to the lives of New Zealanders, and to conserving the beauty and natural habitats of New Zealand.

Since 1995, The Tindall Foundation has donated $135 million to New Zealand charities as well as providing capacity building, social loans and other strategic support. It is not just about giving away money: the Foundation offers time and expertise, connects people, acts as a convener and walks beside organisations, often for a considerable time.

Stephen and Margaret Tindall founded The Tindall Foundation following the float of The Warehouse in 1995. They decided to use a percentage of their shares to establish a philanthropic family foundation. Today, it is the largest of its kind in New Zealand giving away more than $10M each year.

Stephen Tindall said The New Zealand Housing Foundation, Project Lyttelton, Mountains to Sea Conservation Trust, the SPACE NZ Trust and Bill Holland all stood out as exceptional organisations and influencers in their area of work.

“Over the past 20 years we have seen so much good work from so many organisations and inspirational individuals. We have helped over 5000 groups with funding, capacity building and guidance and we would like to publicly thank and acknowledge them for their outstanding service to our wider community.”

Continues Margaret Tindall, “Every day we are lucky to see the unwavering generosity and dedication of so many Kiwis. We feel honoured to support their work. We may provide some of the resources that assist them, but it is those people on the ground, making things happen in our communities, who are the heroes in our eyes.”

The recognition award recipient organisations received a screen print by New Zealand artist Matt Payne and were presented with a certificate by His Excellency, The Governor-General.

Read more about the award recipients and The Tindall Foundation history in the NZ Herald story here. 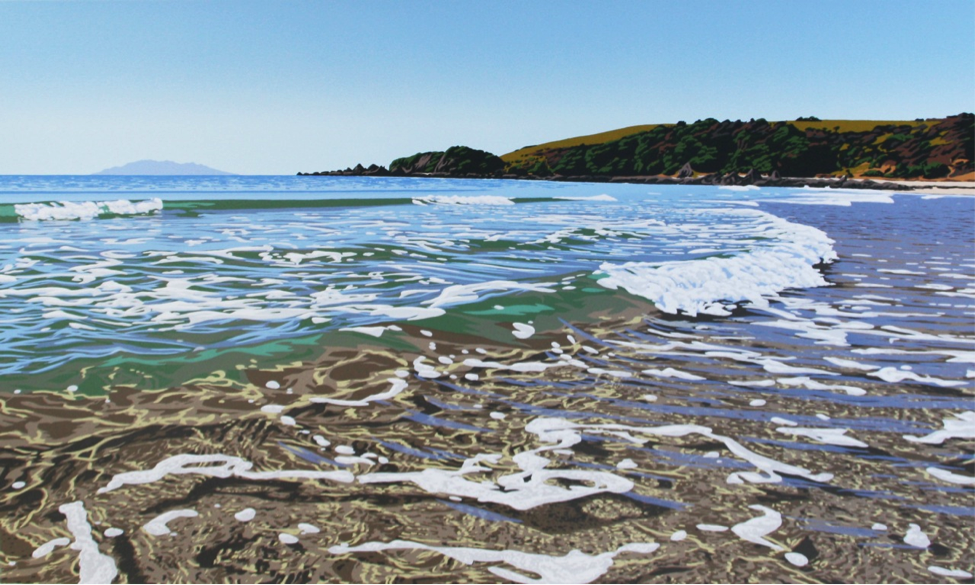