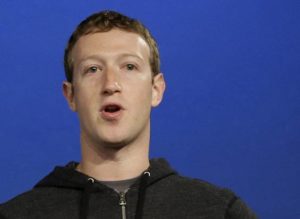 Facebook founder Mark Zuckerberg gave $992.2 million to the Silicon Valley Community Foundation, becoming the biggest –and youngest — mega-donor to a single cause in 2013 .

“If a man is proud of his wealth, he should not be praised until it is known how he employs it.”

For generations, the great names of philanthropy shared more than great wealth. Those whose names adorned buildings, paid for endowed chairs and funded scholarships were, to put it politely, in their twilight years.

Today, new and younger philanthropists who achieved great wealth at a remarkably early age are emerging and donating — not so much to create bricks-and-mortar institutions but to build programs aimed at bringing about social change. This kind of giving may have an equally powerful impact on our society as did that of the Gilded Age philanthropists. Not to mention that the trend of younger givers defies the myth that anyone under 30 is interested mostly in animal videos and selfies.

According to The Chronicle of Philanthropy, 2013 was an impressive year for big-ticket donations, with America’s wealthiest philanthropists giving more than $3.4 billion to charity. To no one’s surprise, names like Warren Buffett, Eli and Edythe Broad and Bill and Melinda Gates remain among the nation’s most well-known and generous donors.

In 2013, however, the largest donation on the list was from a most unexpected source — a young guy in a hoodie — Facebook founder Mark Zuckerberg and his wife, Priscilla Chan. They donated 18 million shares of Facebook stock, valued at more than $990 million, to the Silicon Valley Community Foundation, which provides grants to education, immigrant programs, regional planning and other community needs in Northern California.

What makes the couple’s donation notable is not solely the size of the gift, which indeed is astounding, but that both of them are under 30, marking the first time philanthropists so young have contributed so much to a single recipient. And while their incredible wealth at such an early age makes Zuckerberg and Chan exceptional, there are others under age 45 that The Chronicle of Philanthropy has identified in recent years as philanthropic power couples who already have given hundreds of millions of dollars to various causes.

If the pattern holds, it is likely that younger philanthropists will continue to edge onto upcoming lists. That’s a trend we all should appreciate and applaud.